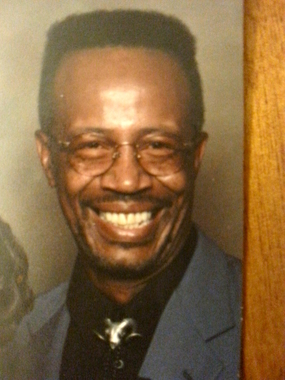 Back to Todd's story

Todd Elliott Ferguson Jr., 74, passed away Monday, Aug. 5, 2019. Todd was born to the late Maggie Mae and Todd Ferguson Sr. on Nov. 27, 1944, in Cedarhill, Tennessee.
Todd was a U.S. Army veteran and past post commander of American Legion Post 177, Kokomo, Indiana, Chapter. He retired from Ebonite Bowling Center in Columbia, Tennessee, and was formerly employed by Chrysler Corp. and Milbank Manufacturing in Kokomo. He was also a self-employed barber and loved cooking for his family and friends. He was an avid outdoorsman, enjoying fishing and gardening, and he loved his dog, "Molby."
He leaves to cherish his memory sons, Andre' Delan Ferguson, of California, Tshombe J. Neal, of Kokomo, and Lamonte Rankin, of Philadelphia, Pennsylvania; daughters, Tod'dionne Ford (Tavio), of Atlanta, Georgia, Yvette Tolliber (Donnie) of Nashville, Tennessee, and Nicole Rankin and Lorraine "Lolo" Rankin, both of Columbia, Tennessee; brother, John Wesley Ferguson, of Kokomo; sisters, Betty Ferguson-Scott, of Kokomo, Donna M. Hayes, of Indianapolis, and Mattie Mae Ferguson, of Brownsburg; nine grandchildren and two great-grandchildren and a host of other family and friends.
He was preceded in death by his parents; spouse, Lee Edna Rankin-Ferguson, whom he married in 1985; and three sisters and three brothers.
Services will be 11 a.m. Thursday at Second M.B.C., with calling from 9 a.m. until time of service. The Rev. Dr. William A. Smith Jr. is officiant and Dr. Robert A. Lee is eulogist. Arrangements were entrusted to Bluitt and Son Funeral Home. www.bluittandson.com
Published on August 14, 2019
To plant a tree in memory of Todd Elliott Ferguson Jr., please visit Tribute Store.

Plant a tree in memory
of Todd

Restore the guestbook to view the 1 more posts by family and friends, and share a memory or message of condolence of your own.