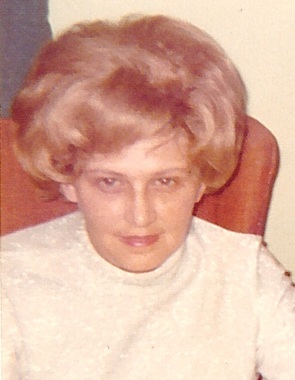 Back to Sherry's story

Sherry Lee Freeman, 85, of Lebanon, passed away on Thursday, Aug. 8, 2019, at Signature Heathcare at Parkwood in Lebanon, Indiana. She was born in Kokomo, Indiana, on July 22, 1934, to the late Harry Martin and Jenny Pauline (Merritt) Leffert.
She graduated in 1957 from Kokomo High School. Following graduation, she attended Kokomo Business College.
Sherry resided in Indianapolis for 14 years before moving to Lebanon in 2011. She was a secretary at Amax Coal Co. and also worked at Union Carbide in Kokomo. Following her retirement she worked in catering for several grocery stores.
She was a member of the National Secretary Association and American Business Association.
Sherry loved cooking, crocheting, reading, and working crossword puzzles. Most of all, she cherished her time with the grandchildren.
Survivors include her daughter, Julie (Jeff) Adams; three granddaughters, Brittany Salonko, Marisa Adams, and Savannah Adams; grandson, Eli Adams; and a great-grandson, Justin Salonko Jr., all of Lebanon.
In addition to her parents, Sherry was preceded in death by a sister, Marilyn McCauley.
Funeral services are planned for 6 p.m. on Thursday, Aug. 15, 2019, at Myers Mortuary, 1502 N. Lebanon St., in Lebanon, Indiana. Visitation will be from 4 p.m. until the time of service on Thursday at the funeral home in Lebanon. Boone County Crematory has been entrusted with her cremation arrangements.
In lieu of flowers, memorials may be given to Indiana United Methodist Children's Home, 515 W. Camp St., Lebanon, IN 46052. Online condolences: www.myersmortuary.com.
Published on August 9, 2019
To plant a tree in memory of Sherry L. Freeman, please visit Tribute Store.

Plant a tree in memory
of Sherry

A place to share condolences and memories.
The guestbook expires on November 07, 2019.