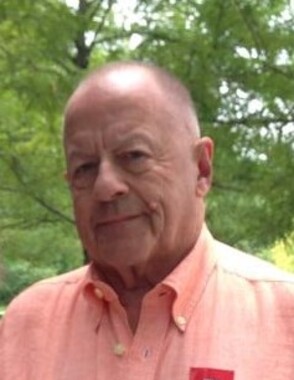 Back to Richard's story

Richard "Dick" Elkins Jones passed away in his home July 15, 2019, in Kokomo, Indiana. He was born at home in Kokomo on May 2, 1932, to Fern O. (Elkins) and Merritt A. Jones.
Dick graduated from Kokomo High School in 1950, and joined the Army Active Reserve in 1951. He served in the Korean War on active duty from 1953 to 1955, stationed in Germany as an E-5. After being discharged from active duty, Dick worked at GM Delco for one year. He became a metallurgist for Union Carbide Stellite (later Cabot Corp.). He retired from the Cabot Corp. as general foreman with 30 years of service in 1986. In 1993, he began working for Erik's Chevrolet as a car transporter, which he did for 23 years, retiring in 2016.
Dick was a loving and dedicated husband, father and grandfather. He married Shirley Marie (Ruth) on May 17, 1958, in Kokomo. They had three children, Debra K. Miethke (Scott), Jeffrey T. Jones, and Jennifer R. Akins (Aaron); nine grandchildren, Ben, Alex, Jack and Alison Miethke, Zachary, Courtney and Kirstin Jones, and Oscar and August Akins; and two great-grandchildren.
Dick had a lifelong passion for cars, including proudly owning a '57 Chevy and '96 SS Impala. In his younger days, he and his friends enjoyed riding and maintaining Cushman scooters. In addition, Dick loved helping friends and strangers alike in any way that he could. He was a member of St. Luke's United Methodist Church and the American Legion.
Dick was preceded in death by his parents, Fern and Merritt Jones, his parent's in-law, Frank and Verna Ruth, and his sister, Norma Jean Martin.
Funeral services will be at 1 p.m. Saturday July 20, 2019, at Shirley & Stout Funeral Home & Crematory, 1315 W. Lincoln Road, Kokomo, with Pastor Jim Ritchie officiating. Burial will follow in Sunset Memory Garden Cemetery with Military Honors provided by the United States Army and the Kokomo VFW Military Rites Team. Friends are invited to visit with the family from 4 to 7 p.m. Friday at the funeral home.
Memorial contributions may be made in Dick's memory to St. Luke's United Methodist Church, www.stlukesumc.net, or Kokomo Urban Outreach, www.kokomourbanoutreach.org. Messages of condolence may be left online at www.shirleyandstout.com.
Published on July 17, 2019
To plant a tree in memory of Richard E. Jones, please visit Tribute Store.

Plant a tree in memory
of Richard

A place to share condolences and memories.
The guestbook expires on October 14, 2019.