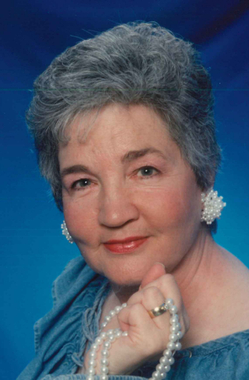 Back to Patricia's story

Patricia Ann "Pat" Hogan Wagoner, 82, of Camden, died at 2:34 p.m. Friday, Sept. 27, 2019, at IU Arnett Hospital in Lafayette. Pat was born Feb. 7, 1937, in Beattyville, Kentucky, to the late Roscoe R. and Loretta M. Hall Hogan.
She was a 1955 graduate of Camden High School. Pat completed training at McConnell Airline School in Minneapolis, Minnesota, in 1956. She was employed as a flight attendant with Braniff International Airways from 1956 to 1958 and was based in Kansas City, Missouri.
Pat's marriage was on June 22, 1958, at the First Baptist Church of Camden to Peter F. Wagoner, who survives. They lived in the Camden area for most of their married lives.
Also surviving are two sons, Scott (Deanna) Wagoner, of Bloomington, and Paul Wagoner (husband Dennis Ramsey), of Solsberry; her sister, Betty (Dan) Patterson, of Fort Wayne; a brother, Jimmy Hogan, of Camden; three grandchildren, Andrew Wagoner, of Indianapolis, Ashley (Thomas) Martin, of Pearland, Texas, Danielle (Nathan) Sparks, of rural Cutler; and four great-grandchildren, Ava and Ben Martin and Scottlyn and Cainen Sparks.
She was preceded in death by a son, Ronald, in November of 2001, and her brother Jerald Hogan preceded in July 2019.
Pat had been a long-time member of the First Baptist Church of Camden.
In accordance with Pat's wishes, she will be cremated. There will be no visitation or funeral service. The family is planning a private graveside service to be scheduled at a later date.
Memorial contributions may be made through Cree Funeral Home, Camden, to the Kentucky Mountain Mission in Beattyville, Kentucky.
Published on October 2, 2019
To plant a tree in memory of Patricia Ann 'Pat' Hogan Wagoner, please visit Tribute Store.

Plant a tree in memory
of Patricia

A place to share condolences and memories.
The guestbook expires on December 31, 2019.