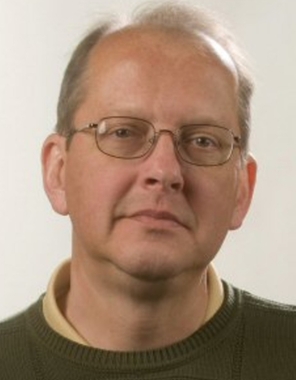 Back to Michael's story

Michael Kevin Silence, 62, Knoxville, Tennessee, left this life Feb. 5, 2020, with his wife and daughter by his side. Michael was born Oct. 31, 1957, in Kokomo, Indiana, the son of William L. and Nerita Kay (Eaton) Silence.
He is survived by his wife, Mary Anne, and daughter, McKinley. Also surviving are two brothers and sisters-in-law, Greg and Jennifer Silence, Cincinnati, Ohio, and Brian and Dorinda Silence, San Diego, California; and brothers-in-law, Michael Carter, Greensboro, North Carolina, and Chris Carter and wife Karen, Yellville, Arkansas.
Michael's parents, and his in-laws, Frank and Jane Carter, preceded him in death.
Mike attended Haworth High School and was a graduate of the distinguished Ernie Pyle School of Journalism at Indiana University, with a double major in English and journalism, and a member of the Delta Chi Fraternity. He was managing editor of the Indiana Daily Student, Indiana University's nationally acclaimed student newspaper.
After graduation and an internship in Colorado Springs, he went to work as a reporter at the Knoxville News-Sentinel. Assuming many roles at the paper, he was a columnist, editorial page assistant and the paper's flagship blogger, penning the popular "No Silence Here" blog. As his career took off, he became one of the most knowledgeable and respected political journalists in the state of Tennessee. He won numerous journalistic awards, including Tennessee Top 10 blogger, Nashville Business Journal; Society of Professional Journalists' Golden Press Card; and the Golden Quill Award for outstanding education writing and news reporting from the Tennessee School Boards Association. Mike spent his entire 30-year journalism career at the News-Sentinel and retired from the newspaper in 2011.
Mike was a devoted father and exceptionally proud of his beloved daughter, McKinley, a talented young artist and dancer. Mike was especially fond of sharing stories and photos of his daughter's on-stage dance performances on Facebook.
He was a lifelong fan of Indiana University basketball.
Visitation for friends and family will be Sunday, Feb. 9, 2020, from 4 to 6 p.m. ET at Rose Mortuary. Mann Heritage Chapel, 6200 Kingston Pike, Knoxville, TN 37919.
Online condolences can be received at www.rosemortuary.com.
Published on February 6, 2020
To send flowers to the family of Michael Kevin Silence, please visit Tribute Store.

Send flowers
in memory of Michael

A place to share condolences and memories.
The guestbook expires on May 06, 2020.

Carolyn Evans Shelton
I knew Mike from First Baptist Church, Kokomo, Indiana. I was/am a few years older than Mike. His parents and my parents, Abe and Lucille Evans, were good friends and had known each other for many years. Mom is almost 97 years old, and I will share with her about Mike. I am very sorry for your loss. 🙏🏻💙🙏🏻
Elise (Broeker) Davidson
Brian - So sorry for your loss. My prayers are with you and your family. May God bring you peace and comfort during this difficult time.
View all