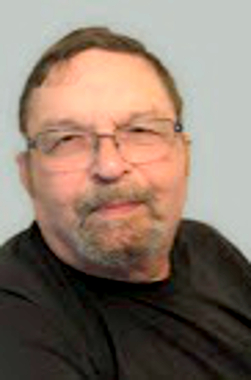 Back to Mark's story

Mark Allen Thompson, 73, transitioned peacefully from Earth into the arms of Jesus Monday morning, Feb. 10, 2019, at his home in Kokomo after a courageous battle with illness.
He leaves a wife, Myra (Morrison), together since 1991; his son, Tim (Tina) Thompson; son, Jonathan (LaVeena) Gibson; son, Heath (Amber) Gibson; Neal (Monica) Thompson; and daughter, Kayla (Brant) Byrd; grandchildren, Katheryne, Luke, Jonas, Lauren, Aubrey, Presley, Anndria, Clayton, Ryder, Hayden, Holden, Jake, Jackson, Karsyn; great-grandchildren, Nathan, Kaydance, Emmett. He is survived by two sisters and three brothers. He also has many nieces, nephews, brother- and sisters-in-law, cousins, and other extended family and beloved friends.
Mark was a wonderful husband, father, grandfather, hunter, fisherman, and man. He graduated from Kokomo High School in 1964, and went on to attend Indiana University at Kokomo, obtaining his associate degree in criminal justice. He served in the United States Army from 1965 to 1968. He was stationed in Germany and was part of the military police. He then served on the Kokomo Police Department and retired in 1994 after 21 years of honorable service. He was a member of the Howard Masonic Lodge 93 of Kokomo. Mark finished his apprentice degree in May of 1972 and went on to be the master of his lodge in 1986.
He regularly attended New Life Church of Kokomo. Mark enjoyed church and found that his relationship with the Lord grew and flourished in the last few months as he faced his illness with faith, strength and determination. Mark's other passions included hunting, fishing, and spending time with his family, whom he dearly loved.
Mark always said, "Old cops never retire; they just get other jobs." After retiring from KPD, he went on to work at the Center Township Trustee office and Chrysler.
Mark was preceded in death by his father, Pete; mother, Beulah; and two brothers, as well as his beloved dog and loyal friend, Sugar.
The viewing will be Friday, Feb. 14, from 4 p.m. to 8 p.m., with the Masonic Ceremony immediately following. An additional viewing will be at 11 a.m., followed by a celebration of life service on Saturday, Feb. 15, at noon, officiated by Pastor Devin Galloway. Both will be held at Ellers Mortuary, 3400 S. Webster St., in Kokomo, Indiana. There will be military honors Saturday, as well as a Kokomo Police Honor Guard.
Mark desired that in lieu of flowers, friends would make donations to one of the following: Ascension St. Vincent Hospice, New Life Church, or Howard Masonic Lodge 93. Envelopes will be available at the funeral home.
Published on February 12, 2020
To plant a tree in memory of Mark Allen Thompson, please visit Tribute Store.

Plant a tree in memory
of Mark

A place to share condolences and memories.
The guestbook expires on May 12, 2020.

Lin Eckert
I met Mark in first grade. We shared school thru our Sophmores year. We went to the Autumn Prom our Sophmore year. I didn't see Mark after that year until I started working for the police department in 1975. I'm really sorry to hear of Mark's passing. May God carry you thru these difficult times. God Bless.
James Denney Van Driver west campus
Was a good man will always remember our wild ride to Indy.
Pam Chambers
Myra, I am so saddened by the news of Mark's passing. He was such a great person and he loved you so very much. Please accept my most sincere condolences. I know he is being wrapped in Jesus' loving arms, and I hope you find comfort in this knowledge.
Dale Gebhart
It was such a pleasure to meet your husband, eventhough it was during his illness. He was a very pleasant man. I still remember his smile & laughter. Prayers to you & the family. I know you have many blessed memories
George Long
A life long friend. RIP brother.
Wally Sitzes
I'm thankful for the good times we shared
Dave jewell
I was a dispatcher for 203 rip SIR. Enjoyed the talks

God sped
Amber Ralstin
I am writing with with both sadness and relief. Mark has been like an uncle to me since I was a kid. He has watched me grow from a small child to a mother. I remember all the fun weekends we had during hunting season. The gang of dogs, guys, kids, and camp fires. Mark was always there to put a smile on your face, accept a back rub, or to take us to town whenever we wanted. He would take us on the pontoon around the lake and tubing. He would tease us about a boyfriend we had. I’ll miss his smile and laugh the most. Mark you will be missed and remember to give your pups a hug from me. Love you!
Ron myers
I’ll miss you like a brother, I often think of all the great times we had together.
Lori T

A memorial tree was planted in memory of Mark Allen Thompson.  Plant a tree

Gina Growden
Mark was such a good man and he will be greatly missed. Our prayer is that as you grieve and mourn this loss, your hearts will be filled with the love and beautiful memories Mark has left for each of you. May God bless and keep you through your pain. Love, Dana and Gina
View all