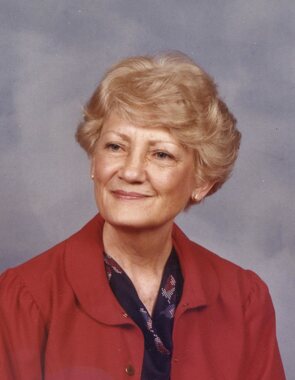 Back to Mae's story

Mae Elise Rohrer, 95, Kokomo, a resident of Waterford Place Health Campus, went home to rest at 11:06 a.m. Aug. 10, 2019. She was born Mae Elise Spears, Aug. 6, 1924, in Albany, Kentucky, to the late Harvey and Olive (Garrett) Spears, the youngest of nine children, three boys and six girls. She married Max Raquet in 1943. She then married Verlon Rohrer on May 18, 1963, in Elwood, and he preceded her in death March 16, 2019.
Elise's father died when she was 2 months old and the family moved to Indiana, where she grew up in Wilkinson. She had lived in Kokomo for the last 56 years.
Elise is survived by her son, Michael S. (Carla) Raquet; grandchildren, Lea Ann Jackson and Michael E. Raquet; and great-grandchildren, Michele and Alex Raquet, along with several nieces and nephews.
Elise was preceded in death by her parents; husband; and siblings, Christell Hastings, Flossie Van Meter, Nova Lewis, Bertha Mildred Spear, Ernest Spear, Raymond Spear, and Arnold Spear.
Private burial will take place in Crown Point Cemetery. Shirley & Stout Funeral Home & Crematory has been entrusted with arrangements. Messages of condolence may be left online at www.shirleyandstout.com.
Published on August 14, 2019
To plant a tree in memory of Mae Elise Rohrer, please visit Tribute Store.

Plant a tree in memory
of Mae