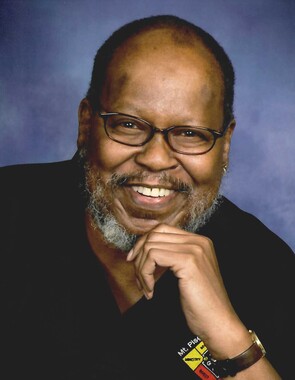 Back to Larry's story

Larry James Forte, 70, Kokomo, died at 8:55 a.m. Sunday, Feb. 23, 2020, at Waterford Place Health Campus, surrounded by loving family. He was born July 30, 1949, in Kokomo, the son of Roland H. and Australia (Kirby) Forte. On May 11, 2018, he married the love of his life, Sarah E. Werbe Scott, and she survives.
Larry was a 1967 graduate of Kokomo High School and attended Indiana University Kokomo for two years. He served his country as a drill sergeant in the United States Army during the Vietnam War from 1968 to 1970, after which he served in the Indiana Army National Guard. He retired from Delco Electronics after 30 years of service, and he was a production manufacturing supervisor. He previously had been employed at Golightly's Clothing and in sales at Sears. His memberships included Mount Pisgah Missionary Baptist Church, Elks Lodge 429, American Legion Post 177, and the National Rifle Association.
He was well known for his grilling expertise, especially the racks of ribs, which he enjoyed doing for family and friends. He was an avid Chicago Cubs and Chicago Bears fan. He was also a diehard supporter of IU basketball.
Surviving in addition to his wife, Sarah Forte, are one daughter, Nkenge Ayanna (Charles) Glenn Jr.; stepson, Christopher R. (companion Melissa Hays) Scott; grandchildren, Samantha, Samari and Samage Copprue, Shemiah and Shimani Forte, and Audrianna, Sydney, and Charles III Glenn; great-grandchildren, Levyticus James, Samar, Sa'Mea, and Samuel Copprue, Ahnesty, Onighia, Tshawn and Calais; children in love, Jivaughnde Gaillard, Kalesia Forte, and Olajuwon Hall; three brothers, Andre Forte, Dana (Tami) Forte and Karl Patrick Forte; two sisters, Rolanda (Larry) Smith and Sarita (Moses) Mickens; several nieces and nephews; and a special cousin, Boyd Kirby.
He was preceded in death by his parents; a son, Larry J. Forte Jr.; one brother, Shawn Forte; two sisters, Lillian Hardy and Karla Patricia Gardner.
For Larry's 19-day journey, the family would like to thank Dr. Eric Tuchscherer, Southern Care Hospice nurse Tess, nurse Joan Jeffries and the staff of Waterford Place Health Campus, and forever friends, Cheryl, Kim and Bambi Martin.
Funeral services celebrating Larry's life will be at noon on Friday, Feb. 28, 2020, at Mount Pisgah Missionary Baptist Church, 1599 E. Sycamore St., Kokomo, with Pastor Lonnie E. Anderson Jr. officiating. Burial will follow in Crown Point Cemetery with military honors provided by the United States Army and the Kokomo VFW Military Rites Team. Friends may call at Shirley & Stout Funeral Home, 1315 W. Lincoln Road, Kokomo, from 2 to 7 p.m. on Thursday and one hour prior to the service at the church on Friday.
Memorial contributions may be made to Mount Pisgah Missionary Baptist Church, the Kokomo Humane Society, the Howard County American Cancer Society or the American Diabetes Association. Messages of condolence may be left online at www.shirleyandstout.com.
Published on February 24, 2020
To plant a tree in memory of Larry James Forte, please visit Tribute Store.

Plant a tree in memory
of Larry

A place to share condolences and memories.
The guestbook expires on May 24, 2020.

Victoria Kordel
Really sorry for your loss Sarah. I will never forget his kindness in finding and returning my wallet and how you found me to return it. You are both wonderful people. He will be missed but glory bound. God's peace and strength be with you. 🙏✝️
Woody and Laura Duncan
Sarah, our hearts got out to you in Larry's passing. Godspeed Larry

Woody and Laura
Alysha Parry Elliott
Sara, I have been praying for you. I am so terribly sorry for your loss of your best friend! Please reach out anytime for conversation or to grab a coffee, dinner. Love ya bunches 💕
MAGGIE P GEIGER-PATTERSON

TO THE FAMILY AND FRIENDS OF LARRY MAY THE FOND MEMORIES HELP YOU THROUGH THIS TIME OF SORROW I WAS A FRIEND OF LARRY AND WE CALLED OURSELVES TWINS BECAUSE OF OUR BIRTHDAY LOVE AND PRAYERS, MAGGIE AND FAMILY

Mark Hardy
Condolences to family. Lost a special guy. Will be missed by all. RIH bro. Pain and suffering is over!!
Dan & Tinnie Cleaver

A memorial tree was planted in memory of Larry James Forte.  Plant a tree

April Landes
My deepest sympathies to his wife Sarah and family!! You were both some of my favorite people to see. 💔
Charleszetta Lewis
My deepest sympathy to the Forte family. Prayers of comfort go out to you.
Markus Naegeli
I knew Larry from working at Delco. We could have been together in a meeting maybe a couple times. But, from that point on, he was always a pleasure to encounter in the halls or on the floor. He was always pleasant and smiling. Though I did not know him well, I could tell he was a wonderful person. I am sorry for your loss and pray God's blessing of peace on your family.
Cheryl Fink
So very sorry for the family!! Sarah I am so very sorry for you and will always love you!!!
Steven Jarrett
I was saddened to learn of Larry's passing. We worked together at Delco.
He was as nice a very nice guy!
View all 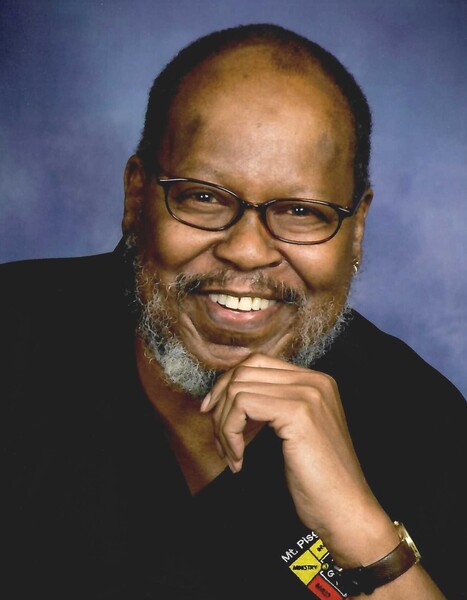