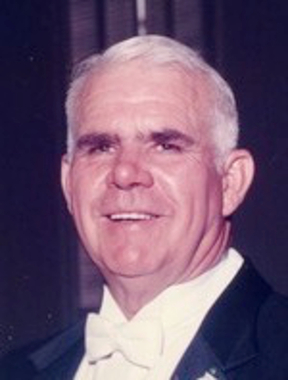 Back to John's story

John Thomas Peters, D.V.M., a leading equine veterinarian and an Air Force ‎veteran, died Feb. 11, 2020.
Born in Howard County, Indiana, in 1932, Dr. Peters was the son of Ralph and Thelma Peters. He graduated from Greentown High School and was on the high school basketball team that beat Kokomo High School in the sectional championship in 1950. Dr. Peters attended DePauw University on an athletic scholarship. He played basketball for four years, football for two years, baseball for one year and track for one year. He was a member of Delta Kappa Epsilon fraternity.
Dr. Peters graduated from DePauw with a bachelor of arts in education in 1954. While at DePauw, Dr. Peters joined the Air Force ROTC and after graduation, he served in the United States Air Force (USAF) as a second lieutenant, including in Korea and Japan. Dr. Peters participated in USAF Pilot Flight Training as well as Supply Officer Course programs. Dr. Peters also played basketball for the Nagoya Air Force base, and his team won the Far East Air Force Basketball Championship in 1957. Dr. Peters was promoted to captain in the USAF Reserve.
After his tour of duty, Dr. Peters attended Purdue University for pre-veterinary classes and then attended Cornell University College of Veterinary Medicine, graduating in 1962. At Cornell, he met Elizabeth Bach "Betsy" Peters, his beloved wife of 44 years and a fellow graduate of Cornell University.
His professional focus was on large animals, beginning his long and distinguished career with race horses at Vernon Downs Race Track, Liberty Bell Park, Rosecroft, Garden State Park, Pinehurst in the winter and Brandywine Rack Track in the summer. Thereafter, in addition to his private practice, Dr. Peters served as a veterinarian for the State of Delaware, including at Dover Downs and at Delaware Park as chief veterinarian for the Thoroughbred Racing Commission of the State of Delaware. Dr. Peters was licensed to practice veterinary medicine in Delaware, Indiana, New Jersey, New York, North Carolina and Pennsylvania. In 2002, Dr. Peters was named Veterinarian of the Year by the Delaware Veterinary Medical Association.
He was highly respected and revered by both Thoroughbred and Standardbred horsemen and was a mentor to countless veterinary students and peers. Dr. Peters retired in 2017 after making significant contributions to the horse racing industry and the veterinary profession for over 55 years.
Many years ago, Dr. Peters was one of the founders of a partnership that produced Albatross, who was one of the greatest Standardbred racehorses of all time. They bred Voodoo Hanover to Meadow Skipper and produced Albatross in 1968, and sold Albatross very early in his career. The thousands of offspring from Albatross have included some of the greatest pacers of the 20th Century.
Dr. Peters was always active in coaching basketball and baseball Little League and an avid fan attending his children's activities when they were growing up. Dr. Peters also spent time with his extended family and regularly kept in touch with all his relatives. Dr. Peters enjoyed raising cattle and farming on his farms in Delaware and Indiana in his spare time.
Dr. Peters was predeceased by his wife Betsy in 2007 and his brother, Dr. Paul Conrad Peters.
He is survived by his son, John Peters and his wife Amber Peters, of Geneva, Illinois; daughter, Beth Peters and her husband Brad Fagg, of Washington, D.C.; four grandchildren, Emma, Kate, Eliza and Jack Peters; his sister, Mary Ann Schwartz, of Kokomo, Indiana; his sister-in-law, Kathryn Medina, of New York, New York; his sister-in-law, Lois Peters, of Dallas, Texas; and his many nieces, nephews and cousins.
Dr. Peters had been living at Stonegates Retirement Community in Greenville, Delaware, with his dear friend, Kathryn Stamm, at the time of his death.
Visitation will be held Friday, Feb. 21, 2020, from 5:30 to 7:30 pm at Chandler Funeral Home, 2506 Concord Pike, Wilmington, Delaware. A funeral service will be held at 10 a.m. Saturday, Feb. 22, at St. Paul's United Methodist Church, 1314 Foulk Road, Wilmington, Delaware. Interment will immediately follow the service in the Lower Brandywine Cemetery, 101 Old Kennett Road, Wilmington, Delaware.
In lieu of flowers, please make gifts to the Dr. John T. Peters, DePauw Trust Endowed Scholarship at DePauw University, 201 E. Seminary Street., P.O. Box 37, Greencastle, IN 46135, or the John T. Peters DVM 1962 Scholarship at the Cornell College of Veterinary Medicine, 130 E. Seneca St., Suite 400, Ithaca, NY 14850.
For online condolences, please visit Chandlerfuneralhome.com
Published on February 14, 2020
To send flowers to the family of John Thomas Peters D.V.M., please visit Tribute Store.

Send flowers
in memory of John

A place to share condolences and memories.
The guestbook expires on May 14, 2020.