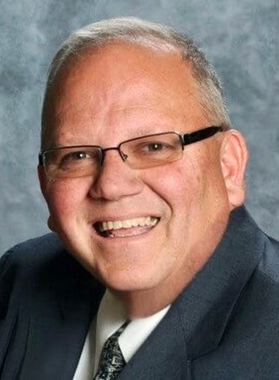 Back to Jeff's story

Jeffrey A. Stout, 55, Russiaville, passed away peacefully Friday morning, surrounded by his family. Jeff was born June 23, 1964, to David A. and Mary Helen (Taylor) Stout.
Jeff graduated from Kokomo High School in 1983 and attended Indiana Christian College of Mortuary Science, graduating in 1986 with an associate degree. He married Tamara L. Degenkolb, June 29, 2013, at the Kokomo Country Club.
Jeff began working for his grandfather, Kennard Reagan Stout, at the funeral home and furniture store in 1977 at the age of 12. He worked evenings and weekends learning the business. He knew from a young age he wanted to be a funeral director and serve the people of Howard County. After Jeff graduated high school, Kennard started selling him part of the business. Since that time, his dreams came true and Jeff has been a funeral director and owner/ operator of Stout & Son Funeral Home and Home Furnishings in Russiaville. Jeff was proud to be the fifth generation owner of the family business. Jeff began to grow the business, and in 2003, he became co-owner of Hasler - Stout Funeral Home in Greentown, with Robert Hasler. In 2005, he became co-owner of Shirley & Stout Funeral Homes in Kokomo, with Bill Shirley, Robert Hasler, and Matt Grecu. In 2010 Jeff and Bill Shirley, opened Howard County's first crematory, S & S Crematory Services, ensuring that the cremation clients they cared for never leave the care of the Stout Funeral Homes. They also opened Howard County's only Pet Cremation Service, Paws @ Rest, serving families who suffer the loss of beloved pet.
One of Jeff's joys was to return to his family's farming history by partnering in Stout - Harlow Farms with his friends Jeff and Will Harlow in several farming ventures. In 2019 he realized another dream when he purchased his longtime favorite restaurant, Cone Palace, carrying on the tradition of service established by Jeff and Lisa Smeltzer. In his short time in ownership he made many great friendships and left a lasting impression with the employees.
Jeff was a public servant through and through. He joined Russiaville Fire Department and Russiaville Ambulance Service in 1982, completing extensive fireman training. Jeff served as Howard County deputy coroner from 1989 to 1990, then was appointed coroner of Howard County due to the death of Coroner Mike McKibben on Jan. 5, 1991. He was elected to two more terms, making him the longest-serving coroner in Howard County history from 1991 through December 2000. He remained with the Coroner's Office as a deputy coroner until his passing.
As owner of Stout Funeral Homes & Crematory, former coroner, and as Russiaville fireman and ambulance attendant, he created a legacy of serving people during the most difficult times in their life. Those fortunate to have crossed paths with Jeff know his compassion, servant's heart and love for others. Jeff had a zeal for life and always made each person he came in contact with feel important and special.
Jeff began his notable service as a county councilman in 2001 and served our community in that role for 19 years. Jeff was up for re-election this year. During his tenure as a councilman, he consistently led the ticket in votes in each election. Jeff provided leadership on many important projects for our community while exercising a fiscally conservative approach to the budget on behalf of the taxpayers. He loved to help make Howard County a place where people wanted to work, worship and raise their families.
Jeff was a member of Crossroads Community Church, Russiaville Fire and Ambulance Department, Russiaville Masonic Lodge, F & AM 82, Russiaville Lions Club (past president), and a member of the board of directors for First Farmers Bank. Jeff was also proud to be a member of the Indiana Coroners Association from 1994 until his passing. He also served the association as president. He followed Kennard in his service to the community, serving on the Sheriff's Department Merit Board.
Jeff was an incredible husband, father, granddad, son, brother, uncle, and friend.
He is survived by his wife, Tami Stout; his father, Dave (Linda) Stout; his children, Megan (Joel) Levi, Nashville, Tennessee, Morgan (Kirk) Irwin, Westfield, Jeffrey Kennard "Junior" (Courtney) Stout, Russiaville, Madison Stout and Jacob Wallace "Jake" Stout, Russiaville; stepson, Tanner Degenkolb, Kokomo; brothers, Marty (Bev) Stout, Kokomo, and Doug (Tracy) Stout, Kokomo; grandchildren, Ava Glenn, Cameron Glenn, Dawson Irwin, Callen Irwin, Mitchell Levi, Aria Degenkolb, and Theo Degenkolb; nephews and nieces, Jason Hargraves, Justin Hargraves, Zach Stout, Katie Stout (Jake Bogardus), Reagan Stout.
Jeff was preceded in death by his grandparents who raised him, Kennard Reagan and Reba A. Stout; mother, Mary Helen; and stepson, Tyler Degenkolb.
Jeff was an inspiration to many, and he was dedicated to his family and profession. Though words cannot adequately describe the loss his family and friends feel today, they find peace in the enormous legacy that Jeff leaves behind.
Funeral services celebrating Jeff's life will be held at noon on Friday, Feb. 14, 2020, at Crossroads Community Church, 4254 S. 00 EW (corner of Indiana 931 and Indiana 26), Kokomo, with Pastor Jeff Harlow officiating. Burial will follow in the Stout family plot in New London Cemetery, with Pastor Steve Branstutter officiating. Jeff's many friends are invited to visit with the family from 2 to 8 p.m. Thursday at the church.
In lieu of flowers, memorial contributions may be made to the Jeffrey A. Stout Scholarship fund for Mortuary Science Students, c/o The Community Foundation of Howard County, 215 W. Sycamore Street, Kokomo, IN 46901 or to Tyler's Triumph, P.O. Box 218, Russiaville, IN 46979.
Jeff's sons, Jeff Jr. and Jake, his brother, Marty, business partners and friends, Matt Grecu and Bill Shirley, and the dedicated staff of Stout Funeral Homes & Crematory are honored to assist his family with Jeff's funeral arrangements. Messages of condolence may be left online at www.stoutfuneralhomes.com.
Published on February 11, 2020
To send flowers to the family of Jeff Stout, please visit Tribute Store.

Send flowers
in memory of Jeff

A place to share condolences and memories.
The guestbook expires on May 10, 2020.

Robert Hill
Our condolences to Jeff's family, friends and business associates. He arranged services for my parents, Elmer and Velma Hill, as well as many other family members. He was always there to help and offer support. Stout's was an institution in Russiaville, handling services for my parents, grandparents, and great grandparents.
He will be greatly missed.
Robert and Jane Hill, Clermont,FL
Homer Campbell jr
Always a gentleman and particularly fond of Jeff’s mild manner and doing things behind the scenes. He’ll be sorely missed
Ron Barela
Rest in peace, my friend. Thank you for your kindness. To my family
Justin Wagner
I will miss Jeff as a funeral director and friend. I got acqainted with him about 30 years ago. I was a teenager at that time but in those thirty years Jeff always treated me like I mattered to him. When my mom died in 1999 my father and I knew there was only one funeral director for us and that was Jeff. Jeff gave me the biggest hug at the hospital the day my mom died. He cared. He helped our family the during the passing of my mother, grandfather, aunt, grandmother, and father in law. Jeff will always be number one funeral director in my book.
KIM BURT
Jeff was a wonderful guy. I first met Jeff when I worked at Doodle's several years ago. He would come into Doodle's with his grandpa. He helped my family with the passing of my mom, Sherrie Green in November of 2018. I am so sorry for your loss! Prayers to the entire family!
Michael j and judith E Welcher
He will so missed
kevin lovelace
jeff created a memorial service for my mother to remember, thank god for his kindness, inspiration, guidance to several family members and friends over the years of his life as funeral director and friend, may god bless you, kevin and diane lovelace
Robert & Wandavee Morphew
Tami, Jeffery and Jake our hearts are heavy because of this loss. Jeff was a special friend and helper. Pleas remember that we lo e you all and Our Prayers are being sent up to our Savior and Lord on your behalf. Never hesitate to let us know how we can help you all in your Grief. Pastor Bob and Wandavee Morphew.
P.S. pleas Remember Heb 4:14-16
14 Seeing then that we have a great high priest, that is passed into the heavens, Jesus the Son of God, let us hold fast our profession.
15 For we have not an high priest which can not be touched with the feeling of our infirmities; but was in all points tempted like ...as we are, yet without sin.
16 Let us therefore come bold ly unto the throne of grace, that we may obtain mercy, and find grace to help in time of need.
KJVRead more
Darlene F. Dalton
My granddaughter(Courtney)is married to Jeff, son of Mr. Jeff Stout(the deceased). I wish to submit my sadness of the passing of this outstanding individual. I know family and friends will miss him tremendously; however, his journey is over and another one begins. My thoughts and prayers go with you as the days pass, and you speak of this honorable man who achieved so much in his days on earth.You have much to admire of husband, father, brother, and friend of this out-standing citizen of your community.
Lauren Donovan
Very sorry this happened. His caring heart and kindness were unmatched. Thoughts & prayers to his family. We lost a great one.
View all