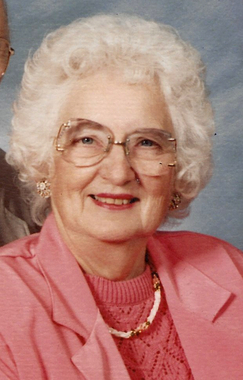 Back to Jane's story

Jane C. Eller, 87, Plainfield, passed away at 1:52 p.m. Saturday, Jan. 11, 2020, at Life's Journey of Avon, in Indianapolis. She was born Dec. 8, 1932, in Clinton County, the daughter of the late Manford and Josie (Bell) Dow. On Feb. 2, 1964, she married David B. Eller, who preceded her in death Sept. 15, 2017.
Jane was a 1951 graduate of Forest High School. She received her bachelor's from Ball State University and her master's degree in elementary education from Indiana University-Kokomo. Jane retired from teaching and had taught at Port Huron, Michigan, Grissom Air Force Base, Southport, and Burlington schools. She then became a homemaker, farm wife, and mother. Jane also volunteered at Ervin and Northwestern schools. She was a member of Faith Church of Christ of Burlington and Ervin Township Home Ec Club. Jane enjoyed singing, listening to old music, attending musicals, and loved to dabble in gardening, landscaping and interior design. She also enjoyed going to Purdue basketball games and all activities that her grandsons were in with her husband, David.
Jane is survived by her children, Alan Eller and Lynn (Gregg) Powers; grandsons, Devan Eller and Damian Eller; brothers-in-law and sister-in-law, Robert (Joan) Eller, Charles Eller, Pauline Eller, and Marion Eller, along with several nieces and nephews.
Jane was preceded in death by her parents; husband; sister, Mary Bell Dow; brothers-in-law and sisters-in-law, Harold (Marjorie) Eller, Marilyn Eller, Richard Eller, Catherine (Harry) Dishon, and Mary (Samuel) Smith.
Funeral services will be held at 2 p.m. Friday, Jan. 17, 2020, at Stout & Son Funeral Home, 200 E. Main St., Russiaville, with Pastor Jason Grant officiating. Burial will follow in South Union Cemetery. Friends are invited to visit with the family from noon to 2 p.m. Friday at the funeral home.
In lieu of flowers, memorial contributions may be made in Jane's memory to the Alzheimer's Association. Messages of condolence may be left online at www.stoutandson.com.
Published on January 15, 2020
To send flowers to the family of Jane C. Eller, please visit Tribute Store.

Send flowers
in memory of Jane

A place to share condolences and memories.
The guestbook expires on April 13, 2020.