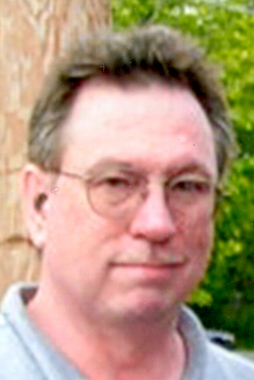 Back to Douglas's story

Douglas "Doug" Andrew Gee, 60, Indianapolis, passed away July 30, 2019, in his home. He was born in Kokomo, Indiana, on Sept. 1, 1958, to David Paul Gee and Doris Joan Gee (Crowe).
He attended Haworth High School. Doug managed bingo at American Legion Post 6 alongside his beloved parents. He also worked at Kroger and Sharp Office Equipment. Most of all Doug's career was as an all-around, self-employed handyman.
Doug is survived by three dear daughters, Autumn (Gee) Martinez (Marlo Delgado), Amy Tomlinson (Blake Canady), and Audrey Bowman, all of Kokomo; brothers, Davey Gee, of Kokomo, Dirk Gee, of Indianapolis; sister, Susan Tiritilli (Dr. Mark Tiritilli), of Indianapolis, his beloved eight grandchildren, Alejandro, Abby Gail, Alena, Ayden, Araceli, Jordan, Andres, and Asher, whom he loved with all his heart; several nieces and nephews, great-nieces and great-nephews and a great-great-niece. Doug is also survived by Beverly (Gee) Redmon, with whom he shared his life for more than 35 years and remained close friends with until he passed; companion of several years, Deborah Frye, of Kokomo; and very close family friend, Lora Copeland.
Doug was preceded in death by his parents and a brother, Gregory Alan Gee.
Doug will be most remembered for his kindness, humor, and deep love for his family.
A memorial service will be at 4 p.m. Saturday, Aug. 3, 2019, with a gathering of friends from 2 p.m. until time of service at Ellers Mortuary Webster Street Chapel. Pastor Calvin Peck with be presiding.
You can find Doug's obituary at www.ellersmortuarywebster.com, where you may sign the register book or leave a message for the family.
Published on August 1, 2019
To plant a tree in memory of Douglas 'Doug' Andrew Gee, please visit Tribute Store.

Plant a tree in memory
of Douglas

A place to share condolences and memories.
The guestbook expires on October 30, 2019.

Restore the guestbook to view the 3 more posts by family and friends, and share a memory or message of condolence of your own.