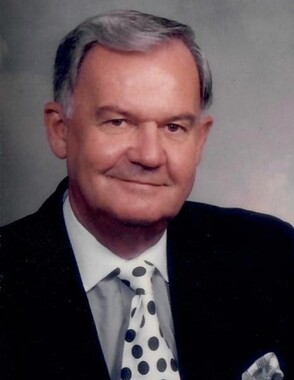 Back to Donald M.'s story

Donald M. TenBrook, 86, Kokomo, passed away at 8:21 a.m. Wednesday, July 10, 2019, in the Emergency Room at St. Vincent Hospital, Kokomo. He was born September 13, 1932, in Burlington, the son of the late Harold & Maerina (Fisher) TenBrook. On August 7, 1952, he married Anita French who preceded him in death on March 17, 2017.
Don graduated from Kokomo High School in 1950 and LaSalle Business College in 1956. He served with the United States Army from 1953-1955 with the 86 division at Fort Bragg. Don served as president of Affiliated LP Gas in 1956 and in 1966 he became president and CEO of TenBrook Sales LP Gas. He served on the Board of Directors for the Indiana LP Gas Association. He also served on the Boards of Director for the National Federation of Small Business, the Burlington State Bank, and Kokomo Federal Savings and Loan. Don was President and CEO of family owned TenBrook Sales Inc., a propane and HVAC business established in 1936. For 10 years, Don served as Director of First National Bank and Trust, and as Past President of the Kokomo Country Club.
Don is survived by his children, David (Debbie) TenBrook, Dan (Ruth Schroeder) TenBrook, Jeff (fiancé, Annette) TenBrook, Barbara (spouse, Jennifer Duke) TenBrook, and Tiffany Stevens; grandchildren, Nathaniel TenBrook, Jason (Kari Novak) TenBrook, Bryan (fiancé, Kristy) TenBrook, and Kelly (Marc) Myers; great-granddaughters, Monica Myers, Carmella Kurtz, and Arianna Ramirez; sister-in-law, Barbara (Robert) Stutzman.
Don was preceded in death by his parents; and brother, Jerry TenBrook.
Funeral services will be held at 1:30 p.m. Thursday, July 18, 2019, at Shirley & Stout Funeral Home & Crematory, 1315 W. Lincoln Road, Kokomo, with Pastor Jeff Sexton officiating. Entombment will follow in Sunset Memory Garden Cemetery. Friends are invited to visit with the family from 11 a.m. -1:30 p.m. Thursday at the funeral home. Memorial contributions may be made in Don's memory to Howard County Community Hospital or St. Vincent's Hospital Foundation. Messages of condolence may be left online at www.stoutandson.com.
Published on July 16, 2019
To plant a tree in memory of Donald M. TenBrook, please visit Tribute Store.

Plant a tree in memory
of Donald M.

A place to share condolences and memories.
The guestbook expires on October 12, 2019.

Restore the guestbook to view the 7 more posts by family and friends, and share a memory or message of condolence of your own.