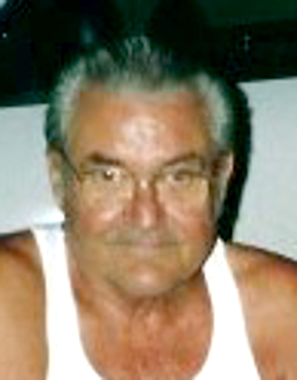 Back to Charles's story

Charles William Watkins, 78, Russiaville, passed away Monday, July 8, 2019, at his home. He was born Feb. 12, 1941, in Scottsville, Kentucky, the son of Charles E. and M. Jewell (Ausbrooks) Watkins. On Nov. 24, 1964, he married Dianne Lawson, and she survives.
Charles was a 1959 graduate of Scottsville High School. He served in the Army National Guard. Charles was owner and operator of Watkins Body Shop and worked as a truck driver. He was a member of Russiaville Masonic Lodge 82 F & AM, and American Legion.
Along with his wife, Dianne, Charles is survived by his children, James (Julie) Watkins, and Mindy (Tom) Hamilton; grandchildren, Jordon Crew, Ryan Watkins, Alex Watkins, Alyson Hamilton, and Taylor Hamilton; sister, Sue Theis; and son-in-law, John Crew.
Charles was preceded in death by his parents; daughter, Sherri Crew; and sister, Wilda Lindsey.
A Masonic service will start at 4 p.m. followed by funeral services Sunday, July 14, 2019, at Stout & Son Funeral Home, 200 E. Main St., Russiaville, with Pastor Mark Rennaker officiating. Burial will follow in Russiaville Cemetery. Friends are invited to visit with the family from 1 to 4 p.m. Sunday at the funeral home.
Memorial contributions may be made in Charles' memory to the Indiana Masonic Home, 690 State St., Franklin, IN 46131, or Shriners Hospitals for Children, 2900 Rocky Point Drive, Tampa, FL 33607. Messages of condolence may be left online at www.stoutandson.com.
Published on July 11, 2019
To plant a tree in memory of Charles William Watkins, please visit Tribute Store.

Plant a tree in memory
of Charles

A place to share condolences and memories.
The guestbook expires on October 09, 2019.

Restore the guestbook to view the 1 more posts by family and friends, and share a memory or message of condolence of your own.