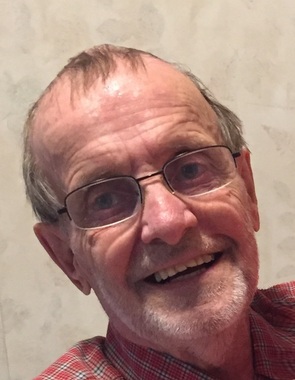 Back to Carl's story

Carl LeRoy Clearwater, 75, passed away Sunday, Jan. 12, 2020, at Wellbrooke of Kokomo after a short illness. One of 11 children, he was born Oct. 21, 1944, in Michigan, to the late George and Berneda Clearwater.
Carl graduated from Kokomo High School in 1964 and shortly thereafter served in the United States Army during the Vietnam War. He retired from General Motors in 1994 after many years of service. Carl enjoyed watching old western movies, movies on The Hallmark Channel, and "The Incredible Dr. Pol." He was also an avid fan of the Indianapolis Colts. He especially looked forward to weekend breakfasts and shopping trips with his nephew, David (Caroline) Jewell; his great-niece, Allyson (Joseph) Parker; his great-nephew, Kevin (Courtney) Jewell; and his great-great-nephew, Andrew Parker.
Generosity and kindness were very strong traits of Carl, who often spoiled his family and friends. His claim to fame was the sandwich named after him at Gabe's Pizza, the "Clearwater Special."
Carl is survived by sister, Dixie Ennis; brother, Gene (Louise) Clearwater; special friend, Jeannie Moon; and many nieces and nephews.
He was preceded in death by his parents, an infant daughter, five sisters, and three brothers.
Being a simple man and not wanting to inconvenience anyone, Carl's wishes were that there be no visitation or service.
Memorial contributions can be made to the Glaucoma Foundation, or Carl would love for you to spoil your family or friends in remembrance of him.
Published on January 14, 2020
To send flowers to the family of Carl LeRoy Clearwater, please visit Tribute Store.

Send flowers
in memory of Carl

A place to share condolences and memories.
The guestbook expires on April 12, 2020.

Janice and Douglas Conwell
Carl lived in our apartments for many years. He helped out in anyway that he could and was a friend to all of the residents. He will be sadly missed.
Tim Aeschleman
What a wonderful, caring, giving man. R.I.P my friend. May the Lord be with the entire family during this sad time.
Clyde Chilcutt - Granbury,Texas
Sometimes you meet some one in your life that you never forget. Carl was one . Back in the 70's I drove for UPS and made delivery's to Delco every day. That was one of my favorite stops because I got to shoot the bull with Carl. We both laughed at each other. Never forgot him.
View all